GREENHOUSE GAS EMISSIONS: THE CARBON FOOTPRINT OF THE FOOD WE CONSUME

HOME/NEWS/Greenhouse gas emissions: the carbon footprint of the food we consume 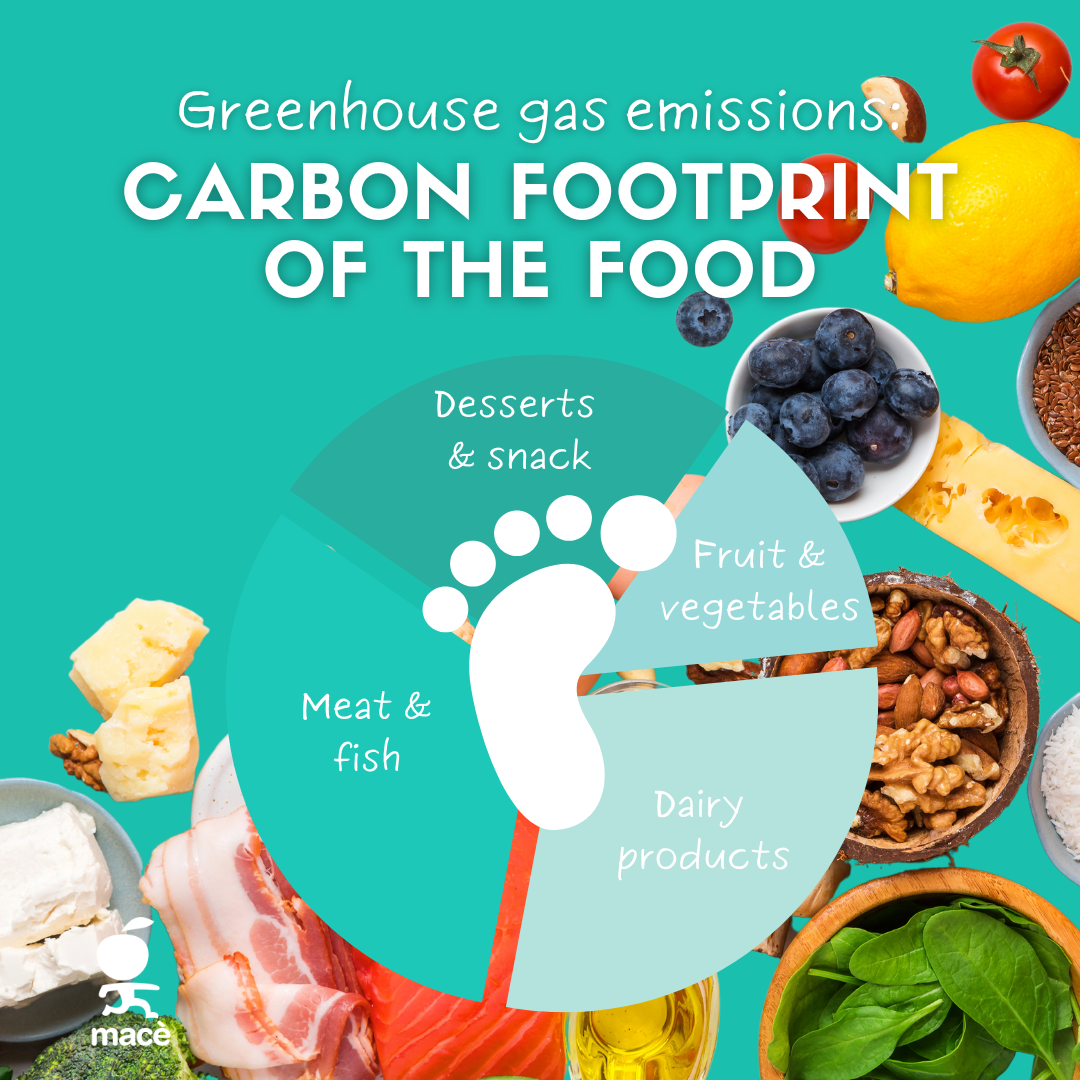 How much does the food we consume pollute?

The food we eat is responsible for one third of the Planet's greenhouse gas emissions (carbon dioxide, methane and nitrous oxide).

This fact is leading to increased awareness and a consequent slow change in consumption habits.

In many European countries, the United Kingdom and the United States, discussions are beginning to take place in favour of introducing a reference to the carbon footprint of each food product on the label.

In particular, Denmark has allocated $1.3 million to develop carbon footprint labeling proposals by the end of 2022, becoming one of the pioneering nations.

The carbon footprint determines how much greenhouse gas emissions were used to produce, transport and package a particular food.

If this type of infographic were to be adopted on a massive scale, we would be clearer about how much we are polluting by consuming that specific product.

Below we classify foods and try to understand how much of an impact our shopping trolley can have on carbon emissions.

Numerous studies have shown that producing one kilogram of animal protein requires much more land, energy and water than producing the same weight of vegetable protein.

The highest emitting food we can consume is beef fillet steak with 21 kg of carbon dioxide equivalent per kg of the finished product.

Fish is no joke either, fishing for crustaceans such as prawns and lobsters, for example, uses a large amount of fuel and generates large emissions relative to the size of the catch. Per kilo, frozen prawns are responsible for about three times the emissions of pork steaks.

Dairy products have a high climate footprint, although they tend to be consumed in smaller portions than meat. It takes about 10 liters of milk to produce 1 kg of cheese and the resulting emissions can be three times higher than those needed to produce 1 kg of chicken or pork.

A vegetable-based cheese substitute generates between one third and one fifth of the emissions of cheese made from cow's milk.

Rice, oat and soya drinks, on the other hand, generate less than half the emissions of dairy milk.

Among cheeses, cheddar is the one that generates the most emissions for its production, an impressive 14.2 kg of carbon dioxide equivalent per kg of cheese.

Snacks in the dairy category such as milk chocolate or ice cream tend to have larger carbon footprints than cereal- or vegetable-based snacks.

A study by the University of Manchester shows that chocolate is among the least environmentally sustainable products due to factors such as deforestation and emissions that are generated for its production or packaging.

Milk chocolate produces about 6 kg of carbon dioxide equivalent per kg of the finished product.

Moving into the fruit and vegetable category, greenhouse gas emissions are significantly reduced. Although values vary between foods, vegetable and fruit production is significantly more environmentally friendly than meat or dairy products.

The emissions in this sector do not, as one might think, derive from transport. For example, most tropical fruit is transported by sea, and although ships are powered by fossil fuels, they are much more efficient than air transport.

What really impacts most on the carbon footprint of fruit and vegetables is cultivation in heated greenhouses.

The foodstuff that pollutes the most in this sector is the cucumber with 2.2 kg of carbon dioxide equivalent per kg. A much lower number, however, than the products listed above.

All figures are reference averages and do not refer to specific brands or products, but they are useful for us to become aware of the effect the food we consume every day has on the climate.

We at Macé believe that it is not necessary to completely eliminate the foods that contribute to the greatest greenhouse gas emissions, but we are convinced that reducing our consumption of them, and replacing them with less impactful products such as vegetables, fruits or legumes, would certainly benefit everyone's health, but above all that of our Planet.

The results of the research showed that more fr... Oct 26, AM

A study shows beyond doubt that plant-based foo... Jun 13, AM